The above is a panorama photo that I took this last weekend at the Lexington Rockbridge Studio Tour in Lexington, VA. (LexingtonRockbridgeStudioTour)

I was honored to be asked my good friend Ellen Martin whose studio was on the tour to be one of the guest artists. The other guest artist was Vivian Conly from Lewisburg, WV who does wonderful mosaic pieces.

To say that the open studio tour was a success would be an understatement. Throngs of folks came through the studios and were highly complimentary of the opportunity to see, feel, touch, smell the art. This was a great event that gave people an opportunity to experience art on a more personal level than is usual in a gallery

Also, each studio partnered with a restaurant or bakery to provide food for the folks coming to see the studios.

I'm sure this will be the first of what will be an annual event. A big tip of the hat to all the folks who worked so hard to make it a success.
Posted by Jim Steele at 3:52 PM No comments: Links to this post 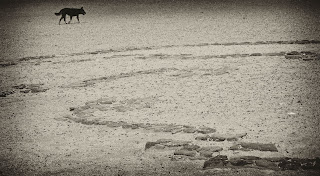 The above is what I call an orphan image. I really like it for some reason but it is totally out of character with the other work that I do. I have a number of these images that I've taken over the years and I'm never really sure what to do with them.

Suggestions are welcomed.
Posted by Jim Steele at 2:11 PM No comments: Links to this post

The Plot Continues to Thicken! 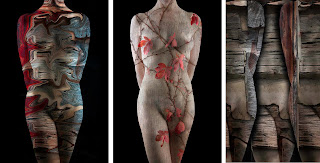 The linked article from PDN details a law suit filed be a collector against Egglestone, et al over the making of additional prints. See the article here.

Several issues are raised. Did William Egglestone violate a contractual agreement or did the collector make unreasonable assumptions about the rarity of what he was buying or what license the photographer had in reproducing his work in the future. I am not familiar with New York law on this subject. What this really start to address is the role of the "limited edition" in photography.

Limited editions came about with print makers where the plate deteriorates over time. Theoretically, the plate is cancelled when it deteriorates to the point where the later prints are distinguishable from the earlier prints. In recognition of this distinction, earlier numbered prints were frequently higher price that those that were pulled earlier, even if one couldn't tell the difference.

The concept of the "limited edition" has crept over into the photography world. One fine art photographer prints, say ten platinum prints, at the same time. All are identical but he prices those that have lower number higher than those print with higher number. As a collector, you have the choice of purchasing a print and paying on the basis or the number. Give me a break!

In the interest of full disclosure, I don't number my prints. As an artist I reserve the right to print what I want, how I want, in whatever size or number without restriction. I tell folks who are interested in one of my prints that they should buy the one they see because there is no guarantee that I will ever print it that way again. Besides paper changes, ink changes, and printer changes to say nothing of my opinion of what the image should look like. The three images above demonstrate how I may modify the same image to create three different images.

Many "limited edition" statements are no narrowly defined that the slightest change constitutes a different edition. I have seen statements that limit the edition to prints of exact dimensions. Any deviation from those dimensions is permitted and becomes a different edition. Sometimes the edition is defined by the paper on which it is printed. I have seen ads for "limited edition" prints where the number printed will be limited to those placing orders for the print before a certain date.

The message here is not for those who create limited editions but rather those who purchase them. Understand what you are buying.

In this specific case, it's possible that the collector's prints will actually appreciate since they are dye transfer prints. Dye transfer prints are rare and no longer produced.
Posted by Jim Steele at 10:17 AM No comments: Links to this post 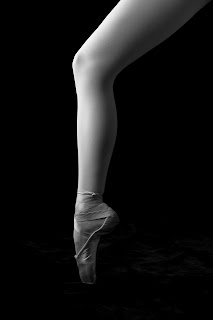 This photograph has nothing to do with this post. I simply liked the image.

Maybe it's just that I am reading the biography of Steve Jobs or maybe it's a review of a high-end DLSR that I've recently read. I find my self asking, "what kind of a camera would Steve Jobs design?"

I sort of think we have lost sight of what a camera is supposed to do, that is take a picture and do it well. For the most part, what else it can do is secondary. Higher-end cameras today seem to be designed to do all things for all people.

Based on the review I read recently, you would not know that the camera was to take a still picture until about 3/4 of the way through the review. I heard about the terrific video capability, low noise at ISO 100,000+, etc. It wasn't until much later in the article that I found out it could actually take a good picture. A good picture is inevitably demonstrated by someones jpeg. Trust me, you can make a jpeg from a cheap point-and-shoot look good on a monitor.

I want to be able to download a raw file and process it myself! What's more, I want a variety of raw files showing a number of different subjects so that I can evaluate the camera myself.

I want to say to those doing reviews, first take a picture, at a low ISO, on a tripod with a prime lens at optimum aperture. In other words, show me an example of the best image the camera is capable of producing. If you want to show me it's performance under varying ISO and lighting, fine. However, do this AFTER you have shown me the best of which the camera is capable.

This gets me back to Jobs. He might have been obsessive about design and function being tightly integrated but he would have designed a camera that performed its primary function first. He would have them made sure that whatever else it did contributed to it's primary function, did not get in the way, and make its operation more complex.

Whatever happened to the digital equivalent of the Pentax K1000 or the Nikon FM?

Thanks for letting me rant. I feel better.
Posted by Jim Steele at 12:00 PM No comments: Links to this post